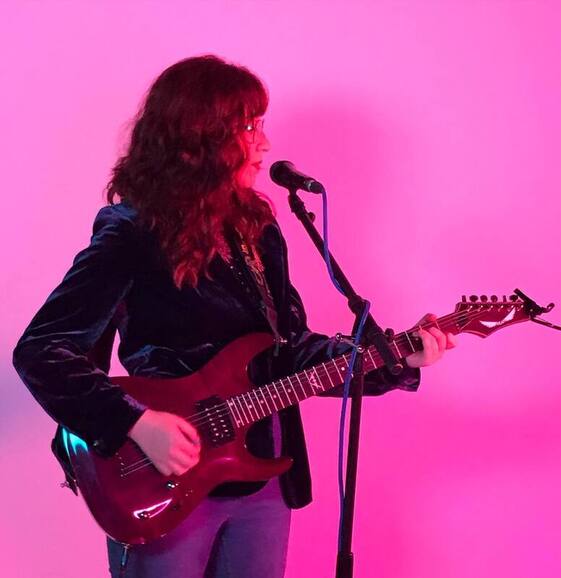 Méabh Stanford is a 17 year old indie pop singer-songwriter from Ocean City, New Jersey.  She has been in love with music since childhood and has been performing since 2016.  Drawing inspiration from literature and tying it to real-life experiences, her music reflects the intricacies of human interactions and the influence media has upon them.  Méabh’s EP, “make it be me” is filled with dramatic orchestration and piercing lyrics that inspect classic and modern stories, written from the perspective of well-known characters or the vantage point of an outsider swept into the deceptive magic of a universe. Méabh immerses herself in different stories and writes as if those fictional experiences are reality. Inspired by the likes of Taylor Swift, Phoebe Bridgers, Mitski, and Samia, Méabh’s lyrical and compositional ability shine on this record.  “make it be me” is produced by two-time Grammy nominee Saint Luke.